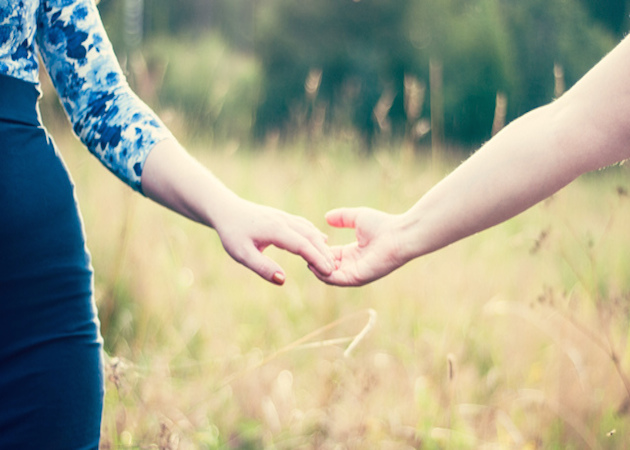 To be or not to be? Well, in the world of romance that question might actually be answerable. Check out these straightforward first date signals that can at least give you a clue.

It can be rough out there in date-land.

I remember one of the worst dates I’ve ever gone on: I was in the middle of telling a story when suddenly, out of nowhere, the guy I had just met that night (via online dating) takes a drink of his beer and spits it up all over my chest. It was like a sprinkler bursting all across my upper body.

I stop talking and stared at him. He couldn’t t even look at me, so I said to him, “so are you going to help me clean this off?” All he could do was shake his head no. So I got up, grabbed a napkin, wiped myself off and told him that I was leaving.

He stopped me as I was half way out the door—I think it’s so he can apologize—to tell me that I hadn’t paid for my drink yet. At that point, I was near-fuming. Since I had been there at the bar with him while he paid for both of our drinks 30-minutes earlier, I just rolled my eyes and continued on my way.

I don’t know where the night would have taken us had it not been dramatically put to a close, but in all honesty it was kind of nice to be able to leave abruptly without any excuses.

Sometimes, well, most of the time, it’s not that clear. A couple can go through an entire date and not know whether the other person is into them. That’s the worst and can lead to an awkward parting with the half-hug, handshake, kiss on the cheek meant for the lips, I’ll call you, good bye, sort of good bye.

But it doesn’t have to be that way.

Who’s the fairest of them all? Well, if the person is mimicking your movements and gestures, it could in fact be you.

It’s a subconscious behavior that people pick up on when they’re engaged in what another person is saying or doing. If one person is leaning forward and the other person does the same, that implies that they’re both desiring each other’s company; whereas if one is leaning back staring at the ceiling, they probably are ready for the night to be over.

2. I Don’t Want Anybody Else

Another subconscious move that people make when they’re interested in someone is self-grooming: fixing their hair, their clothes, their jewelry. These movements all point to a yearning to look good for the person in front of them.

Women will often involuntarily rub the inside of their wrists or expose their palms up as a way to say, “I’m open to you,” without saying anything at all. The hue of the cheeks is also a pretty good indicator of another person’s attraction, if they’re flushed (and it’s not because of the wine) then you’re in good company.

Finally, the biggest and most obvious signal is when one person touches the other. This can be anything from a light hand on the shoulder, brushing a hand across your hand or—if they’re being beyond subtle—a hand on the thigh.

Touch is super important, particularly when on a date. Sure, sometimes a person can be into another without any touch happening, due to nerves etc. but if you really want to know if someone feels the same way, reach across and make slight skin-on-skin contact. Either they’re into it or their body language will send a clear message that it may be best to end the date right then and there—or continue on and hope for a change of heart.

We’ve all had our bad dates, but understanding how people use body language and subtle signals can help you establish whether that end-of-the-night kiss will pan out or if it’s back to the big sea of singledom.