5 Signs You’re Dating the Wrong Person (Over & Over Again) 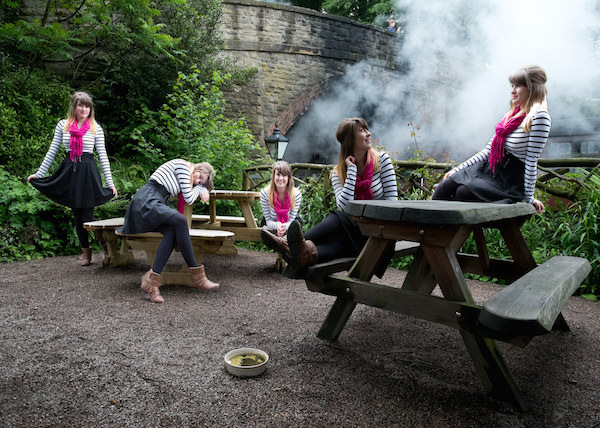 If you ask just about any relationship expert worth their salt, one thing they are going to tell you is if you want to be in the relationship of your dreams (which is what I call “God’s best for you”), the first thing you should do is step back and assess your past relational “nightmares.”

OK, nightmare might be too strong of a word (perhaps), but if you’re past the age of 30 and you’re either single or divorced, you can probably admit there were some relationships you experienced that were more like one long emotional roller coaster ride than a smooth sailing journey.

It’s been a while since I’ve been in a relationship, but as I look back on most of the guys I’ve dated, there are actually more things they had in common than not. On one hand, they all were smart, funny and for the most part, ambitious. I like all of those qualities, for sure. On the other hand, they were passionate, but non-committal. Spiritual, but not spiritually mature. Interested in me, but not interested in marriage. At least with me.

And you know what? It took being single (and abstinent) to be able to see all of this for what it is; to be able to stop looking from “the inside out” and instead from “the outside in” of the cycle that I was in so I could break it. So I could stop dating the same person over and over (and over and over) again.

So, how can you know if you also have the habit of dating the same person over and over? So you can stop doing the same thing and getting the same results? I’m so glad that you asked.

Here are five ways to know:

1. You’re not paying attention to the facts.

One mistake a lot of people make is confusing “dating” with being in an actual relationship. Meaning, just because you’ve checked out a movie with someone a few times, that doesn’t mean you two are in a relationship. But if it’s been about six months or more, you see and speak with one another on a regular basis (more than a couple of times per week) and—this is the real clincher—you both have established you’re in a relationship and then it comes to an end and within a month’s time you are back out dating, there’s a pretty good chance that you’re going to find yourself dating the same kind of person.

Initially, we tend to be drawn to the external qualities of a person. You know, how they look, how they approach us and how they initially make us feel. If we like what we see, we move forward to learn more. However, if you give yourself enough time between relationships, you can learn how to listen for what I call “trigger lines”; flags that emerge from the very beginning. One example is “I would love to go to dinner, I’ll get back to you later in the month.” That’s someone who probably means “I like meeting new people. It’s not a priority to me, though.”

When a person is intentional about building something with you, their actions will show it. If a person wants to be in a serious relationship with you, they will say it. That said, if you pay more attention to what you want something to be than what it actually is, if you romanticize situations instead of looking at the cold, hard facts, you will probably find yourself dating the same person over and over again.

2. You don’t give yourself enough time to heal.

Some of the dumbest advice ever spoken is “The best way to get over a person is to get under a new one.” And yet, there are a lot of people who actually believe that. First of all, sex does not make love. Sex celebrates love between two committed people. Besides, there are studies which indicate that sex creates a kind of euphoria that can make you think there is a stronger connection simply due to the physical attachment. So, the last thing that you need to do, for the sake of your mind, heart and spirit, is to end a relationship and rush out and get into another one; especially one that involves physical intimacy.

When you don’t allow yourself time to heal from the pain that you experienced, you will find yourself trying to get someone to fill some of your internal voids rather than someone who will ultimately complement who you are as a whole human being. In other words, you’ll pick someone who is a lot like who you just broke up with because you’ll be looking for who made you feel like they did during the good times. The bad times won’t even show up on your radar—until it’s too late.

3. You keep putting the blame on “them” rather than looking within.

Here’s a huge blaring red flag that you have the tendency to date the same person over and over again: Each time a relationship ends, you chalk it up to all of the things that they did wrong rather than choosing to be self-introspective (which is a great benefit that comes with being single, by the way).

If there always seem to be communication issues, why is that? Are you a good listener? Do you tend to be passive aggressive? Do you rarely speak your mind? If you keep dating people who want different things than you do, have you asked yourself why? Is it because you’re too scared to ask about their future plans? Is it because you’re hoping to change their mind? Is it because you never say what you want or you’re willing to change the core of who you are in order to try and make the relationship work? The moment you are willing to be honest with yourself about the mistakes that you’ve made within your past relationships, the sooner you can correct them and attract a different kind of person as a direct result.

4. Your family members and friends tell you so.

There are some people who feel that only teenagers should bring the person they are seeing around their family members and friends, but I couldn’t disagree more. After a couple of months, if you think the relationship you’re currently in is really heading somewhere, invite them to dinner at your parents’ home or go on a double date with one of your closest friends. If afterwards, your loved ones say to you “He’s really nice. He reminds me a lot of Jim” or “She’s cool. I can’t put my finger on it, but something about her reminds me of Samantha” that’s not something to shrug off.

Remember, your family members and friends are going to be looking at who you’re dating without any kind of emotional bias (other than their love for you, of course). This means if they notice something that’s oddly familiar, process that a bit. And if the familiar thing is not a good or healthy thing, you might need to pump your brakes a bit.

There’s one more thing that you should keep in mind: how the relationship ended. If a man is always telling you that emotionally, you tend to move too fast or a woman is always telling you you’re too intense, that’s definitely something to ponder. One thing most of the guys in my past told me was I wasn’t clear about what I wanted. And you know what? I continued being vague; and so I continued attracting guys who weren’t exactly sure how they felt about me or what they wanted from or with me. Beginnings are important and endings are quite revelatory. In your quest to stop dating the same person over and over again and to ultimately end up with the right one for you, please make sure you pay attention to both.