Bringing Mindfulness to the Dating Table We know that dating + mindful living make a beautiful match, but that hasn’t always been the consensus. Cynthia Fabian offers some advice for bringing mindfulness to your next date.

I am happily married now, but when I was in the dating circuit there wasn’t much mindfulness in dating. In fact, there was a shortage of mindfulness when it came to disliking someone. If you liked them, all was good; but if you didn’t like them, the very next question was: how am I going to get rid of this person? —usually some contrived excuse that nobody believed anyway.

My motto was always: maybe I’ll make a new friend today if we don’t hit it off.

This date at a local Dunkin’ Donuts was much different—that’s when I met Artie. I have a sinking suspicion that no one would have blamed me if I walked away from my date with Artie, but I tried to be mindful to his feelings; though, he barely said hello before he smiled and made an odd request.

A: Would you mind going to my sister’ s wedding with me next week? You are just the right size.

Me: The right size I?

A: Yes, I bought a dress for my old girlfriend, she left me, and now I have a dress. She was just your size.

Me: Dress? You want to give me your old girlfriend’ s dress?

A: Well, I would loan it to you, it goes on Craigslist after the wedding. Besides,I need a date for the wedding, it’s important to me.

With the very next breath, he asked if I could pay for his doughnut because he didn’t have money. I gave him a dollar and then bought a cup of coffee for myself. As soon as we sat down, I spoke to him about how going to the wedding alone would be an opportunity to meet new people.

In the past, I have been guilty of being brusque, even not handling myself in the best way when times were awkward. And this situation was very awkward. This time I went out of my way to be polite to Artie in his time of desperation. I wondered couldn’t everybody be a little more humane, mindful and polite?

After reflecting on my experience and realizing others had similar problems, I started out writing my book,Those Sweet Nothings-—a book about dates gone wrong. I tried to find the common thread with others who have been stood up, let down or just had ‘blah’ dates. In this way, I could navigate my way through the lack of mindfulness.

Mindful dating? It wasn’t a thought in my mind that society needed more work on having some type of thoughtfulness, but remembering to be mindful proved to be difficult for the average dater. It wasn’t until I compiled 50 stories and will was no question in my mind that each and every one of these dates could have been neutral or positive experiences.

I focused on dates were people just were not mindful to other people’s feelings. Perhaps at a first meeting in a restaurant or bar, where the person was just left sitting there wondering why their date didn’t show up.

But there will be no more hurt feelings if we remember these simple words:

“Mindfulness isn’t difficult, we just need to remember to do it.”

Although I really loved the publicity and all the buzz from my book, I was surprised how superficial it all was—especially when my intention for the book was to make people feel better and show them that they were not alone. Eventually, the radio stations began to air segments of the book. They wanted to hear salacious stories and stories about people’s pain, even calling them “funny.” But the stories were never funny. In reality, the people interviewed considered their stories stark and they wanted to remain anonymous.

As for my mindful dating protocol… In being mindful, I always tried to focus on the person’s inner being. I tried to quickly focus in and see if they had the personality to complement my own personality. When there was no chemistry between us, I told them. In trying to be honest, it was easy to tell someone, “hey I just don’t think that this will work.”

Character, not beauty, is the key to finding the right person. When making a decision here’s the questions I would ask myself:

As for chemistry, that elusive thing everybody keeps hoping to find? Is it the sudden attraction you find when you’re in a club or even at a coffee shop, or is something we should really stop looking for as a general rule?

Chemistry has created so many problems dictating who we will choose. With mindfulness, we can look more to the essence of the individual, to the inner beauty—look directly in their eyes, beyond their looks. Only in this way can one find what is mindful and weed out the people who just are not right for you. 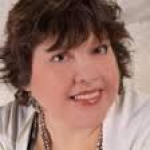 Originally from New York City, Cynthia Fabian now enjoys meditation and the quiet life in Somerset, New Jersey. A general writer, Fabian has written for many regional publications, including NY Newsday. Fabian's first book, now being re-written was entitled, Those Sweet Nothings, a book about dates gone wrong. The book focused on how we can all change our perception of oneself and others. Fabian has also written several children's books that help children and their families overcome obstacles. Fabian has been featured on over 50 radio shows and several television shows regarding her dating book, but also for her help to help children overcome many obstacles in life.