7 Things Way-More Attractive to a Woman than Money & Cars 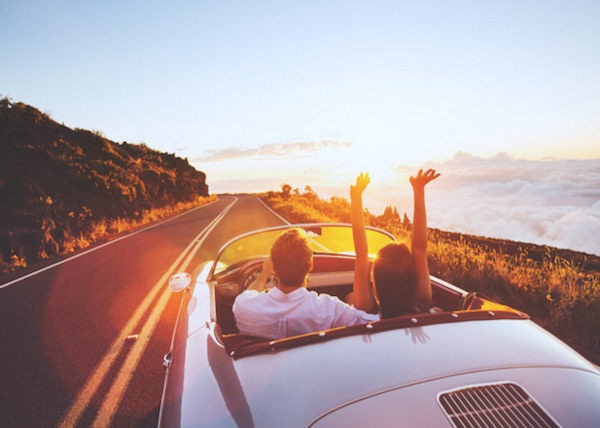 If there was a secret formula for becoming attractive to a woman, we might be out of business. But even we have to admit that this list comes pretty close.

If there’s one thing that I’ve learned in my career as a men’s relationship coach it’s that guys’ beliefs about what actually attracts women is pretty ass-backwards.

Men have been raised with the false belief that they should always appear detached, cool and unemotional, 24/7, or risk being known in guy world as “weak”.

I’ve encountered countless driven entrepreneurs who work tirelessly for years to amass their fortune only to find that the wall of cash that they’ve built around themselves is only making it more difficult for them to find a woman who values them for their character. I’ve had potential clients be “on the fence” about whether to spend some of their cherished time and money doing their internal work, but they don’t hesitate to buy a flashy watch or car (presumably for the same end goal of trying to attract a high quality women into their lives… *face palm*).

So if cash-flow, fancy accessories, and an unexpressive face don’t attract high quality, loving women (which they really don’t) then what character traits are women attracted to?

I recently interviewed 30 self-aware, intelligent women and asked them what they looked for in a man. Here are seven of the most consistent things that the thirty women told me that they will always be attracted to in a guy. Be conscious of a few of these in your daily life and you’ll save yourself time, money, frustration, and headaches in trying to deeply engage your dream woman on an emotional level.

“I’m really attracted to a guy who knows what he wants in life and is going after it. I absolutely adore being around that kind of energy.” – Jessica, 27

Women are attracted to men that have goals and are actively pursuing them. But drive isn’t always enough on its own. Ideally you’ll be driven in something that you’re passionate about. High quality women are infinitely more attracted to a man who is dripping with passion about his work as an artist (despite making under $30,000/year) compared to a man who reluctantly went into law to please his parents and is so unenthusiastic about his work that he uses self-deprecating and dismissive language every time you try and talk to him about it.

As much as most men resist this idea, when it comes to attracting a high value woman of character, drive beats dollars every time.

Every person wants to feel deeply seen and understood by someone in their lives… but few people want to take the time to explain or reveal themselves. When it comes to deeply connecting with a woman on an emotional level, your presence will always mean more than any presents ever could.

By being fully present with women (through eye contact, listening and prioritizing distraction-free conversations) you give them the sense of feeling seen. Everyone (male or female) wants to feel deeply seen and appreciated. The first step in giving women this feeling is in developing your personal presence.

What percentage of your attention are you giving the woman you’re speaking to moment to moment? Is the answer anything but 100%? Then you aren’t being fully present with her. Turn off the TV, put down your cell phone, face her directly, give direct eye contact, and truly hear the words that she is telling you. That kind of laser beam focus of attention makes women weak in the knees. I once polled a few hundred women to ask them “What is the most important non-physical trait that attracts you to a guy?”

The top answer? A sense of humor.

Life is serious enough as it is. No wonder women value the lightness and playfulness that a partner with a sense of humor brings to their lives. Besides, if Cyndi Lauper is a credible source (has she lied to you yet?!), girls just wanna have fun.

“I would date fire if I could… it’s consistent in its heat, but it’s always unpredictable and shifting in its momentary form.” – Cathi, 32

Predictability is death to attraction. If she can predict your every word, move or sexual escalation to the T, then you might need to inject some spontaneity into your life. Whether that takes the form of taking her out for a new and unique date, surprising her with her favorite beverage, or bringing her flowers just because, spontaneity brings back some passion and life to your interactions with your partner.

5. Someone Who Is Intentional About Life

Intentionality is the practice of questioning everything in your life and building the kind of life that you want to be living. It’s easy to be broke. It’s easy to be out of shape. It’s easy to have relationships that go nowhere and leave you both feeling unfulfilled. What’s comparatively difficult is to be wealthy, in great shape and have a relationship that others admire.

But it doesn’t mean that it isn’t doable (in fact, I have over a dozen clients at this current moment who have mastered all three of these areas simultaneously).

Part of intentionality is not just striving towards the things you want to add to your life, but also shining a proverbial flashlight into the darkest corners of your mental attic and asking yourself if you want to keep all of the old junk and baggage that you’ve accumulated. I have brilliant men in my social circle (some are clients, some aren’t) who, through their lifetime, have seen specific coaches for their physical fitness and their business growth, therapists for their emotional issues and sex and relationship coaches for their love lives. No stone gets left unturned. They look at their own baggage with honesty and they have no qualms about breaking their way through their own perceived barriers.

Contrast those men with most guys who tend to float through life and just go with the flow and it’s no wonder that women would be significantly more attracted to an intentional man. It’s no secret that women are often attracted to men who display the ability to lead others. On the primal evolutionary level of attraction everyone is somewhat attracted to those that they perceive to be of higher social value than others. But there’s a huge difference in someone who is a power-hungry jackass as opposed to a person who is a loving and patient inspiration of a man.

Don’t be proud of your ability to throw your weight around at the office. Dominating your employees isn’t attractive. Instead, lead with social intelligence, kindness and by displaying the kind of values that people want to align with.

The overt musculature of men that held status thousands of years ago in ancient tribes is outdated. What leads others now is not biceps layered on top of your biceps… it is the power and emotional intelligence that come from the strength of your mind.

All of the power, prestige, leadership ability and humor that you can muster won’t get you anywhere near a fulfilling relationship if you aren’t willing to let women see you emotionally. Relationships are catalysts for personal change and growth. But in order to work through your barriers to intimacy, you have to let women in.

I was talking with a client recently who described a perfectly indicative scenario to me that he had experienced on a recent date. He and his new love interest were walking hand in hand through a park when she asked him “You’re a bit of a softie, aren’t you?”

His initial instinct was to resist what felt like an accusation. His first unfiltered thought was “Pfft… no! I just told you about that triathlon that I completed last month. I think that’s kind of badass, not soft!” But when he sat with the question for a moment he thought that yes, he in many ways was someone who felt emotions very deeply. He got teary-eyed on a weekly basis when American Idol contestants were voted off the show. He remembered that he was often full of concern if he knew someone was injured or ill. He got choked up whenever a character in a movie or TV show was dying, especially a child or older person. He thought to himself that yes, he was undoubtedly what many would consider a softie.

So he replied with, “Yeah, I’d say I am. Most of my earliest childhood memories are of me having stronger emotional reactions to things than most of my friends or siblings, so by most people’s standards I’m probably a softie.”

The honesty of this truth hung in the air for a moment and he felt relieved that he had been entirely honest with his date, and he felt a bit exposed as he waited anxiously for her response. She replied, “Good. I really like that about you. I just wanted to make sure I wasn’t imagining it.”

How To Attract Women With Character

As with anything to do with humans/sexuality/attraction not all of these points will be valid for 100 percent of women or all people.

Make note of the two or three areas in which you could improve upon the most and commit to taking action on them as soon as possible.

Your future lady (and society at large) is hungry for you to step up into your romantic greatness.

Author and relationship coach Jordan Gray helps people remove their emotional blocks, and get into (and maintain) thriving intimate relationships. When he’s not coaching clients or writing new books, Jordan loves to surf without a wetsuit, immerse himself in new cultures and savour slow-motion hang outs with his closest companions. You can see more of his writing at Jordan Gray Consulting.