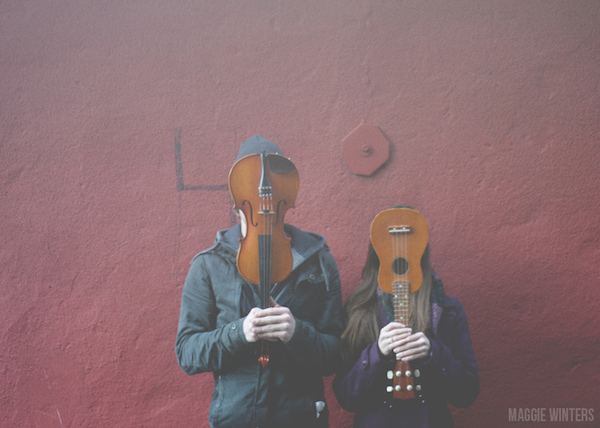 “Better to be safe than sorry” does not apply to matters of the heart. Kriste Peoples sings the praises of dating outside your comfort zone.

At first glance, DJ couldn’t have been a worse match for me. In hindsight, I’m sure there could have been poorer choices in boyfriends, but it’s just that he wouldn’t have registered at all on my compatibility meter had it not been for 9/11 and an unscrupulous friend.

We closed the bar that night, slumped over our cocktails in disbelief. It was the aftermath of terror attacks in Manhattan and the skyline was still thick with smoke. My friends and I were creative hyphenates getting by on our guts and creativity. There was my friend Billie, a photographer-book artist, DJ, her illustrator-designer friend, and me, the recently jobless singer-writer.

Beyond our friendship with Billie, the only thing DJ and I seemed to have in common—aside from being underemployed—is that we were both trying to figure me out.

I’d just finished my gig, singing to a small roomful of empty chairs. New York hadn’t bounced back yet, and entertainment wasn’t yet top of mind for anyone who wasn’t providing it directly. Billie lived three buildings down from the bar, and she and DJ had needed a break from a project they’d been working on earlier that day.

When they got there, Billie looked around like she’d landed in the wrong place. “Where’s everybody?” she asked. I patted the stool beside me, oblivious to the lanky friend behind her.

Billie made the introductions, I ordered us a round and we commenced to drinking. Somewhere in the night—perhaps behind my shameless revelation that my savings were dwindling and I feared landing back in my mother’s house, or that I was equally afraid of being the community cat lady when I didn’t even like them all that much—DJ took a liking to me.

My friend called me the next morning with the news. “DJ keeps bothering me, so I gave him your number.”

“What are you talking about?”

“He said he likes you and kept asking me if I thought he had a chance,” Billie said.

I raked back over the previous night, trying to determine what, exactly, he could have been interested in. I hadn’t been overly friendly, and was emotionally unguarded in a way I usually wasn’t. Had I been at all self-aware that night, I would have been embarrassed, or at least halfway ashamed.

My friend Matt tells me that when he was single, ‘pitiful girls’—those chronically sad sacked and brooding damsels—were ‘ripe for picking’ for good guys like him who wanted nothing more than to appear good by swooping in to save them from themselves. He made no secret of being in it for other benefits too.

I had no idea what I’d say to DJ when he called. It bruised my ego to think he might have considered me damaged and pitiful. But I was. I had neither job nor prospects. I was like, Love? Whatever.

No two ways about it: DJ didn’t find me on my best day. Fearful and anxious, I needed to think deep and fast about what I’d do next. My little world was going up in smoke and I didn’t have a plan. It’s one of the only times I can point to and honestly say dating couldn’t have been farther from my mind when we met.

I don’t like it when well-intentioned friends tell me things like, ‘Don’t think about it,’ ‘He will appear when you least expect it.’ The twin-flame, sit-back-and-relax-for-love approach? Not a fan. I like to think I’m proactive and that if I want a good love relationships, I’ll need to do a bit more than burn candles while I wait.

DJ called me that afternoon and I was surprised to find him normal and, I daresay, forthcoming. “I really like that you were so honest last night,” he said. “I feel a lot of the same ways you do.” We spent the next forty minutes making a plan to meet the following weekend. After that, I took the next five dates to decided if I liked him or not.

Funny, I recently wrote a “Suddenly Single” piece, and it only occurs to me now that this could be its counter: “Suddenly Dating.” And here’s where things gets tricky.

What follows are a couple of ways that dating people outside of your comfort zone or expectation range can be a very good thing.

When they aren’t your type.

DJ was smart, conscientious and quiet. He wasn’t the ‘shiny’ one that pulled the lion’s share of attention in a room. To my former self, he didn’t register, precisely because I was attracted to men with more bravado and zing. The ones, I’ve since learned, with much shorter relationship shelf lives than the stable ones.

Conversely, if you’re mostly drawn to stable ones because you know how to ‘handle’ them, it might be worth it to stick you toe into what might seem like the shallow end of the dating pool. If for nothing else, sparkly people can often be innocuous and charming. They can arouse the sleeping parts of ourselves that long to come out to play. Depending which side of the dating scale you’re on, the thing to keep in mind here is that it’s all about balance. Focus on what speaks not to your ego and agendas, but your deeper, most loving self.

When they burn slow.

As a culture, we’re conditioned to want things quickly—especially when we think time is short and sparks need to fly, like, now or never. In the case with DJ, it’s a good thing my defenses were down around dating. I was focusing so much energy on making ends meet that I welcomed his easy affection and company. DJ never urged me to move more quickly than I felt comfortable with and it gave me the space I didn’t even know I needed with him as a person, a friend and eventual partner.

As it turned out, DJ was the kindest, most supportive person I could have asked for at that time in my life. We were at the movies on our dozenth date when he rested his hand on my thigh. It was the tiniest gesture, one of certainty and gentleness and he hadn’t so much as looked over at me when he did it. In that moment it was all I needed to know. Without looking to be rescued or saved or handled, I realized there was nothing to struggle against with DJ, and it finally felt right to let myself relax into the comfort of his love and care.

We enjoyed a full year together and when work took me across the country, DJ and I broke up and decided to remain friends. Among the lessons I learned in our relationships is along the lines of what the French poet Fontaine wrote a long time ago: “Patience and time do more than strength or passion.” As slow burns go, those are the exact qualities that keep the fire alive.