Everything You Need to Know About Speed Dating

Opening ourselves to love may require opening our minds to new experiences and opportunities—speed dating just might be your ticket to happily ever after.

Speed dating has taken a bad rap, and it’s a shame. It was created by a rabbi after all, with the intent to help Jewish men and women get together. Rabbi Yaacov Deyo hosted the first event in LA in 1998, and since then the concept has spread throughout the US and to the UK and Canada. It has also been incorporated in over 20 popular television shows and movies.

The idea is simple: an equal number of single men and women in the same age range get together for a couple of hours. The women are seated around the room and the men rotate, usually spending two to five minutes with each woman. Both parties keep track of whom they would like to get to know better. If both people choose each other, they receive one another’s contact information, and the next step is up to them. The cost is reasonable, ranging from $25 – $35 for an evening where you’re guaranteed to meet 15 or more singles who want to meet you.

How can you lose?

Still not sure? Please keep in mind that the purpose is twofold: to have fun and meet other singles. That’s all. Don’t make it any more than that, and you’re likely to have a good time.

Here are some suggestions for making it an enjoyable experience:

1. If you’ve signed up in advance, which is usually the case, show up. The organizers need you to have the numbers work out.

2. Arrive early and stay afterward to mingle, if it’s permitted. You’ll have additional time to talk with the other singles.

3. Focus on the person you’re talking with, not on the impression you’re making.

5. Keep it light and fun; take nothing personally.

6. Be prepared for almost anything. Some people come with a script and questions, and occasionally somebody confuses the evening with a Chamber networking event and tries to pitch you. Remember suggestion #5.

8. As with all social and networking events, keep your remarks positive. Avoid commenting on the other attendees. Appreciation is much more attractive than sarcasm and complaints.

9. Follow the rules. Rotate when it’s time. If it’s meant to be, they will select you.

10. Don’t make a snap decision. Take the full two to five minutes appreciating the other person. (This is only partly facetious. Give people a minute to relax and be themselves before rendering your opinion.)

11. Keep alcohol use to a minimum so that you will be clear-headed and able to think on your feet. There’s little time to correct a wrong first impression.

12. Do take notes. Time passes quickly with little break in between, so don’t trust yourself to remember which ones you want to select.

13. Don’t do the math. It’s not about how many matches you make. You may have no matches from one event and have four at the next one.

14. When in doubt, select the other person. What follows doesn’t have to be anything more than a coffee date, not marriage.

15. If your “sure thing” doesn’t choose you, adopt a philosophical mindset. Accept that there were red flags you never saw, and this is a blessing in disguise.

16. Finally, follow up with your matches. You went to find someone to spend more than five minutes with, so don’t miss your chance.

Never mind what anyone else thinks or does. Give speed dating a try and see what the buzz is all about. 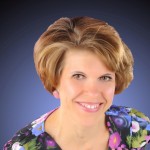