Manifesting the Perfect Mate (a Believe It or Not True Story) Joseph Drumheller’s work as a hypnotherapist opened his eyes to the power of the subconscious, but a particular session taught him about manifesting a mate.

As a Clinical Hypnotherapist, I’ve worked in and around the amazing world of subconscious healing and spirituality for over two decades. I’ve helped people heal all sorts of difficulties in relationships. I’ve also helped helped people create new ones through a miraculous process called manifesting.

Manifesting is a spiritual skill that utilizes the imagination by directing the subconscious mind to create what you desire in the future. If someone can conjure up a mental picture (vision) of what they want, and combine it with a deep feeling of “knowing” (confidence), the subconscious mind will do everything in its power to create it in their physical life.

The process can be applied to jobs and careers, all types of health, possessions, and even…relationships.

However, there are a few catches. First, it’s most effective when done in a meditative state. Second, every resistance and unresolved emotion standing between you and your future soul mate is likely to come up. So be prepared to do some healing. And last, you can’t override the free will of anyone else. I’ve seen many people pull it off successfully, but none better than my former roommate Franklin.

When I met Franklin, we were both bouncing back from broken relationships and shared an interest in healing and spirituality. When he found out I was a new hypnotherapist, he couldn’t wait to give it a try. He wanted to manifest a soul mate, so we dove right in.

His first session began an amazing story that developed over the course of eight months. Suddenly, he was in the Austrian countryside. Then, he began to describe everything in minute detail. There was a brick house, an arched doorway, a sunken living room, a trellis garden, a water well, and a gigantic willow tree in the back. Because he was an artist, Franklin was able to draw everything in detail after each session.

With each progressive session, the story added more and more detail. There was a beautiful, slender, redheaded woman living in the house, who had all the bounce of a female Tigger. He recognized her immediately as his soulmate. He had absolutely no doubt that they had spent countless lifetimes together. There was also her endeared uncle, Franklin referred to as Papa, who had a buddha belly, big brown eyes and a gray walrus mustache.

Franklin eventually decided his visions were real and planned a trip to Austria to find his true love. He took his drawings along as life maps, and dragged me along to chauffeur. Quite honestly, I wouldn’t have passed the adventure up for the world.

According to Franklin, his new love awaited in the lakes district, south of Salzburg. Unfortunately, as we drove up into the Alps on that October morning, we couldn’t see a thing. It was a fog thicker than pea soup. Franklin became disappointed to the point of depression and figured we had come a long way for nothing. However, as we pressed on and crested a hill, a break in the clouds revealed the town of destiny. “There!” he screamed. “Stop!”

I pulled off the road and Franklin pulled out one of his drawings. It was a dead ringer. I couldn’t believe it. As we slowly pulled into town, we took a turn here and another one there to where Franklin thought the house should be. But there was no house. However, it looked like a fire had roared through the area sometime long ago.

We got out and rummaged around. Sure enough there was brick rubble from an old building. Upon closer observation we could suss out a floor plan with, much to my surprise, that included a sunken living room. Franklin suspected from that moment on, his eight months of visions were scenes from a previous life. After that realization set in, he became very dejected. All he wanted to do was go back home.

When we returned, Franklin gave up on his visions and returned to the “real” world. He also started dating again. However, he recognized each woman he dated brought up the same issues from old relationships. He called them “sucky, enmeshed, sensations of co-dependence that triggered enormous feelings of unworthiness.” So he quit dating altogether and spent the rest of our short time together working on healing those issues.

I was passing back through Franklin’s town and thought I’d stop in unannounced and say hi. We really hadn’t communicated since I moved away. I walked up, rang the bell and waited with a beaming grin on my face; waiting to see the surprise on his face. When the door swung open, my jaw dropped to he porch floor. It was a very attractive, slender, redheaded woman. In her arms was an 18-month-old boy with big brown eyes and a little buddha belly. She warmly welcomed me in and as I entered the house, there was Franklin with an ear-to-ear grim that said “Look what I found.”

We spent that evening conversing long into the darkness. Franklin said he had spent plenty of time clearing the emotional debris from past relationships, especially from his family of origin. He also said when his soulmate finally manifested, he recognized her immediately. That helped him discover a universal truth of relationships.

Like attracts like; we are all mirrors. When someone engages in their own healing, they will attract someone else who has healed, thereby improving the quality of the next relationship.

It was imperative for Franklin to do his own healing before creating his heart’s desire. And as the two of them grew to know each other more intimately, Franklin realized she had been doing her healing work also.

That was twelve years ago. Last Christmas I received a card from Franklin and his beloved family of three. They’re still deeply connected from a fated manifestation of long ago, living within the beauty of an interdependent and highly dynamic relationship. 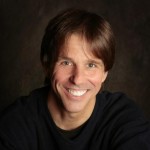 Joseph’s first career grew out his deep love for Nature, leading him to earn an M.S. in Geology. His mystical callings eventually led him to explore his inner world and he earned a certification in Clinical Hypnotherapy in 1991. The resulting cathartic experiences blew open the doors to his creativity unveiling the worlds of spirituality, healing, music, writing and visual art. As his work in Hypnotherapy unfolded, it fatefully led him to the PeaceHealth Cancer Center in Bellingham, WA, where he had the incredible opportunity to work with cancer patients from 2003-11. Those experiences helped Joseph evolve from a Clinical Hypnotherapist to a spiritual healer. Joseph has been deeply committed to his mission of helping people overcome all forms of suffering while creating paths to success in their lives. This has been done, time and time again, by assisting individuals in connecting to their version of Divine presence. Joseph is also a published author and accomplished visual artist. His book, The Subconscious, The Divine and Me, unveils the mysteries behind subconscious healing and spirituality. His artwork has landed in the galleries of four different cities, including New York. He makes his home in Spokane, WA with his beautiful twin flame, Tamara. JosephDrumheller.com