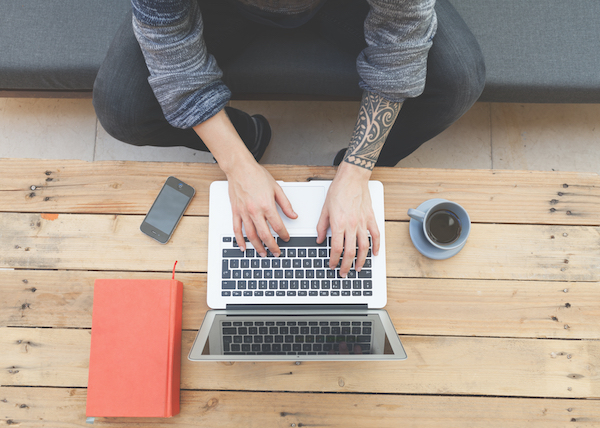 Mika Doyle gives digital frogs advice on how to become princes by examining her experiences with the three most common mistakes men make in online dating.

I don’t put much stock in psychic readings, so when a palm reader told 17-year-old me that 1) I would be single for five years before I met Mr. Right and 2) I’d kiss a LOT of frogs along the way, I dismissed his reading as the blathering of an old man looking to make a few extra bucks.

Turns out, he wasn’t too far off the mark.

When I was in my mid-20s, I spent four years as a single gal. One year shy of his prediction, but I definitely met the plethora of frogs he told me I would. What he didn’t tell me was I would meet a lot of those frogs on online dating sites. (Okay, online dating was a bit unheard of at the time, but that’s no excuse for a psychic, right?)

I have married, engaged, and/or otherwise spoken-for friends who swear by online dating. After all, they are in successful relationships because of online dating sites. My experience with online dating? Not so fairy tale-like.

After a couple of years on various free and paid online dating sites, I was beyond frustrated with the men I encountered. It was like trying to push matching ends of a magnet together—the men I met shared my goal of finding some form of companionship, but all they ended up doing was repelling me by their less-than-flattering behavior.

I’ve had enough. Dating is already an exercise in frustration; why make it any harder? It’s time to evaluate our behavior as daters to determine if we’re causing our own dating failures.

Now, I’m no dating expert, but I know what turned me off. I’d like to offer my perspective—a woman who has tried both free and paid online dating sites—in an effort to help men who are trying to find love through online dating. I’d be remiss to claim these mistakes are only made by men, but for simplicity’s sake I’m going to speak mainly to the male readers since my perspective is that of a heterosexual woman who was looking for a relationship with a heterosexual man.

These are the top three online dating mistakes I saw men making (and my suggestions for how to stop making them):

Mistake #1: You act like the creepy guy who seems to only want sex.

Unless the person’s profile indicates sex is one of their top topics of interest, wait until you get to know each other before bringing sex into the conversation. I once received a message on OkCupid from a man more than 25 years my senior who told me he’d like to teach me a thing or two in the bedroom. He was responding to a quiz question I had answered that had to do with sex; there was no open invitation on my part for men to come teach me anything—in the bedroom or not.

Another female friend received a message from a man who said, “I see you want someone who is sexually knowledgeable but not sexually obsessed. What type of kink does that mean you’re looking for?” My friend wasn’t looking for “kink,” at least not the kind this guy was selling. She was simply trying to express what she was looking for when it comes to sex with her partner

Yet another message received by a female friend: “I’m here to fuck. Wanna hook up?”

Obviously some of these guys weren’t interested in a long-term relationship, but if you’re looking for more than sex, this is not the route to take.

If you’re looking for more than sex but your sexual preferences play a key role in your selection process, there are a few things you can do. Firstly, scour the profiles of the people you’re interested in to look for clues that they might have similar sexual preferences as yours. If you don’t see anything that indicates a potential for strong sexual chemistry, don’t rush into the sex talk. You wouldn’t go up to a woman in a bar and ask how often she likes to have sex, right? At least, I hope you don’t. Chances are you ask her if you can buy her a drink first.

Think about those initial conversations as that first drink—get to know each other a little before diving into more personal conversations. You might get a relationship… and the kind of sex you were looking for.

The beauty about online dating is you can find out if someone exhibits one of your deal-breakers just by reading their profile. Some of mine include smoking, excessive drinking, and having kids. Those are pretty standard questions in an online dating profile, so the men who answered them saved both of us a lot of time.

People with more experience with online dating sites will sometimes take this a step further by spelling out those deal breakers right in their profiles. Where’s the mistake? Many men my female friends and I encountered ignored obvious deal breakers we spelled out in our profiles because they liked what they saw in our pictures.

One female friend told me she disliked any message that comments only on physical appearance. She said, “I usually responded with a ‘thank you for the compliment, and I hope that you find what you are looking for on this site.’”

First and foremost, a pretty face is not a guarantee that you’ll have a successful relationship with someone. Read their profile before messaging them. Carefully.

Not everyone spells out their deal-breakers right in their profiles, but some online dating sites include “dislikes” or “not for me” sections for people to fill out. Pay attention to those sorts of things. If some of their turn-offs characterize you, think about whether those are things a couple can work through (e.g. if you’re a smoker, you could quit smoking if you have your heart set on a woman who can’t stand smoking) or if they’re an absolute deal breaker (e.g. you have a child, but the woman doesn’t want kids or you’re Catholic but she’s Jewish and neither wants to convert).

Deal breakers need to be addressed before a relationship turns serious, and there’s never a better time than now to start identifying them.

Caveat: If deal-breakers are not immediately apparent from a person’s profile, don’t drill them to find out if any deal breakers are present. They’ll start coming up naturally in conversation; and as the relationship progresses, you can start talking more about these kinds of personal topics.

Mistake #3: You get upset with people for rejecting you… then get more upset when they stop responding altogether.

This became the most infuriating lose-lose situation for me. Whenever I initiated contact with someone, it was a big deal for me. It meant I had a serious interest in that person, and waiting for a response was torturous. What was worse? Not even getting a response. That led me to believe the men who messaged me would appreciate a response from me, even if that response was a respectful decline. Boy, was I wrong. I received all kinds of nasty messages in return, many with a “fine, be that way!” kind of tone. After awhile I started to feel anxious every time I saw a reply to a recent “decline response” I’d sent, so I decided the best strategy was to stop replying if I wasn’t interested.

That’s when the name-calling started—and my complete exit from online dating.

When I didn’t respond to messages, I’d often receive follow-up messages that were tirades about what a bitch I was and how sorry I should be for missing out on what the guy had to offer. Many of my female friends experienced the same kind of treatment on the more popular online dating sites—another reason I wish MeetMindful had existed back then.

Here’s a message a female friend received from a man after not responding to three messages he sent her: “So you’re clearly one of those clueless c*nts that gives women a bad name. Good luck—you’re gonna need it. Don’t bother responding NOW.”

What I learned is if women respond to let men know they’re not interested, men get nasty. But if women don’t respond at all, men get even nastier. What are we supposed to do?

Online or in real life, you’re going to experience rejection. You can’t control that. What you can control is how you react to it.

Online dating can certainly take a toll on your self-esteem since you will probably experience more rejection there than in real life, simply due to the sheer number of candidates you are able to contact. The important thing to remember is to not let the rejection get to you. And sometimes, it’s not even truly rejection—some people use online dating sites because they are too busy to go out and date the old-fashioned way (i.e. going on date after date after date until they find the right person), so responding to all of the messages they receive just might not be possible.

We’ve all heard the saying about putting yourself in someone else’s shoes. Remember that saying as you navigate the online dating world. You have no idea what other people’s worlds are like, and you certainly don’t know precisely what they’re looking for, no matter how carefully crafted their profiles are. Give them the benefit of the doubt, and don’t take their rejection personally.

My top advice? I hate to minimize the words of Gandhi by applying them to a topic like online dating, but … I’m going to anyway. My top advice is to “be the change you want to see in the world.” Don’t be like the people I’ve described in this piece. You’re better than that.

Mika Doyle is a creative writer and communications professional based in Rockford, Ill. She isn’t shy about labeling herself a feminist and is a vocal advocate for gender equality. She’s also easily distracted by puppies and drinks way too much coffee. Follow her on twitter at @mikadoyle and read more of her writing at mikadoyle.com.