The Sexless Marriage: When Passion Fades

What started out as a sexually fulfilling relationship, over time, dwindles into a legalized friendship and sexless marriage.

Many couples come to my office with the complaint of having a sexless marriage. Both parties are discouraged and frustrated (pun intended). What started out as a sexually fulfilling relationship, over time, dwindles into a legalized friendship.

Couples will state that they had sex four times per day when they first met. They felt that they couldn’t get enough of each other physically. They both cite careers, kids and domestic chores as the obstacles to feeling sexy. After a few years, many women are going to bed at 10pm in flannel pajamas while their husbands are retiring to the master suite at 11pm after watching TV downstairs.

The sexless marriage is very common, and it can be the result of a three phase process.

Phase I: It’s impossible to feel sexy while emptying the Diaper Genie.

2. Weight gain while pregnant (I packed on 50 big ones with each pregnancy).

3. Babies are still not sleeping through the night.

4. You decided to ‘save money’ by building your 400-piece swing-set by yourself.

You are too tired for sex. You assume that your spicy and fun sex life will reawaken when the babies finally sleep through the night.

2. Your sex drive starts to diminish from lack of stimulation (pun intended).

3. You and your husband start developing parallel lives. You go to spin class while he hits the driving range.

4. You start having ‘vacation sex,’ ‘birthday sex,’ and ‘anniversary sex’ instead of having any sense of fun or spontaneity in the bedroom.

1. You can’t remember the last time you had sex.

2. You feel old, unattractive, and unsexy.

3. You start to wonder if your husband’s lack of sexual desire is a sign that he is cheating on you. You start to look at younger women with murderous envy.

There is a painful emptiness and awkwardness in your marriage. You blame yourself for the lack of intimacy, saying that you should have made your husband more of a priority when the kids were little. The emptiness and distance pervades every interaction with your husband. You feel unhappy but you don’t think that divorce is the answer. You feel lost, sad, ugly, and discarded. You assume that everyone you know is feeling satisfied in their marriages, so you don’t talk about the loneliness that you are experiencing.

If you are embarrassed by the lack of passion in your marriage, you are not alone. This issue is extremely common, but you’d never know it. It’s normal to get lost in the shuffle of kids, mortgage payments, soccer games and back to school nights.

How to Reinvigorate Your Marriage

The first phase of reawakening your marriage is to talk openly with your spouse about wanting to make your relationship a priority. Make a conscious decision to reinvest time, energy and resources back into your marriage.

Make a list of the different ways that you used to dote on one another. Examples would be:

You used to buy me flowers.

I used to tuck love notes in your briefcase.

You would pick me up at the train station.

I used to bring you coffee in bed.

We used to plan big nights out just for the two of us.

The second phase of reawakening your marriage is to start demonstrating affection toward one another in the ways that you previously did. It’s amazing what finding a love note in your briefcase can do. Scheduling special date nights is also very important for reconnecting with your spouse. Think date nights are an expensive luxury now that you have kids? Think again. The stronger your marriage, the happier your family will be as a whole.

After re-establishing a connection through time and demonstrations of affection, it is easier to resume physical intimacy. And, again, don’t rush things if you don’t feel ready. Start with holding hands or giving one another neck rubs. The goal is to feel nurtured and loved. Gentle kisses on the neck are a great way to show someone that you care. Over time, it will become more natural to move back into having a sexual relationship.

In summary, losing track of your sex life after having kids is very common and does not mean that you are headed for divorce. Many couples have re-energized their marriages and their sex lives and you can too! 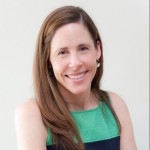 Dr. Lauren Napolitano is a licensed psychologist in private practice in Bryn Mawr, PA. She is also on staff at Bryn Mawr Hospital. She specializes in helping individuals and couples to build happier relationships. Her website: LaurenNapolitanoPsyD.com