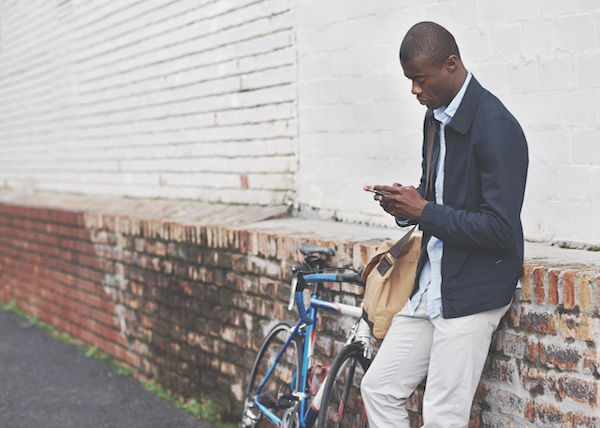 My friends probably wouldn’t have believed me if I told them I didn’t choose to write about five text messages a person might regret sending—mostly because I’ve been known to send a few in my day. And by few, I mean many.

It was once suggested someone buy me a flask that said, “I didn’t text you, vodka texted you.”

You have to laugh at yourself, right? And then learn from your mistakes. Otherwise, people will eventually think you’re crazy; or, perhaps, that you have a drinking problem. Because I finally decided I didn’t want to be known as either one of those things, I’ve remedied my behavior for the most part. Everyone makes mistakes—I’m far from perfect—but I’ve done a pretty good job of curbing my texting urge as of late.

I think it’s important to first discuss the core reasons why we send text messages we know, deep down, are bad ideas.

These reasons can be broken down into a few main categories:

The End of a Relationship

Arguably the most popular of all the reasons to say something you shouldn’t is after a breakup. We’re left in this weird space where nothing makes sense—feeling hurt, betrayed, sad, and probably a little confused.

The Beginning of a Relationship

With the exception of approximately one week after a breakup, I’ve never wanted to text an ex more than about a month into a new relationship. Why? Because old things are comfortable and new things can be confusing.

The Other Side of the Beginning of a Relationship

You know the moment, when you’re so excited about a new person you just don’t want to ever leave them alone because you’ve spent the last two days daydreaming about the rest of your life together and it may as well start now.

Loneliness is the text message category containing anything sent after midnight—and also any time before 10 a.m. Because it’s proven science (in my head, at least) that we’re equally lonely when we wake up as we might be when leaving a bar. Scientists, you’re more than welcome to prove that for me.

Those are the four primary text-message-sending red zone categories I’ve come to identify; the truth is, there are many texts you may regret sending from these categories because they’re all delightfully complicated, grey areas of life. Emotions are tricky like that sometimes.

These are the five I have the most experience with:

“Even though things didn’t work out between us, I wish you the best.”

This one depends on the context, but if it’s sent the week after someone breaks your heart, the whole world knows it means the complete opposite. Anyone remember that episode of “Sex and the City” where Carrie runs into Burger’s friends at the bar after the post-it breakup? She responded in the other way—by actually saying what she meant—but I’ll never forget the look on the friends’ faces after she spoke her mind. “….Oh…kay.”

Just leave it alone. If the relationship ended amicably, they know you wish them well. If it didn’t, the whole world knows you’re trying to heal something that can’t be healed via text message.

“I know you probably don’t care, but I just wanted you to know how special I thought you were. I never expected things to end this way—I trusted you and broke my heart.”

In a previous life as the most passive aggressive person on the planet, I assure you, I’ve sent something similar—and guess what? They didn’t care.

An ex is not going to be completely honest about what’s going on in their life. It’s going to go one of two ways: they’re going to eventually talk about how much they miss you, or over-share about how happy they are without you. Neither works out in your favor, because at the end of the day, they already broke up with you (at least once), or they’re really happy with someone who isn’t you and never will be you.

I’ve also sent this when I’ve felt lonely to people I haven’t dated. It also goes one of two ways: they respond in the desired fashion and there’s a little fun for a little while, or they don’t at all. I never feel less lonely afterwards because the fun eventually ends or, on the other side of things, I never got the attention I wanted.

Unless you are talking to your mom, best friend, or somehow learned how to text your dog—don’t.

“Hey! I know it’s only Tuesday and we made plans for Saturday, but I just wanted to check and see if that restaurant it still okay with you… I also thought about this other place.”

I’m not proud of it, but I’m not saying it’s never happened. A strange phenomenon occurs where the other party falls off the face of the earth before Saturday. Or they respond in the same manner, I become terrified of their affections, and run for the hills immediately.

Patience is my least favorite virtue, but it is a virtue nonetheless. Calm down and see what happens.

After reading this, it’s easy to ask, “But why would you regret something you once meant? If you’re an emotional person, shouldn’t you just own that part of your personality?” Because those people didn’t deserve to hear it. They didn’t deserve my affections. The thing about relationships is they are based on reciprocity. You shouldn’t have to send text messages for someone to notice you.

And sometimes we miss people who want to give us the attention we deserve while we’re busy crafting the perfect text.