Author Gerry Ellen helps us redefine chivalry to better fit a modern world. All interpretations are correct as long as chivalry is synonymous with respect.

I admit I’m old-school. I like a man who opens the door for me, pulls out my chair at dinner and events, holds my hand in public and looks to me (and at me) when a question from others is directed at both of us. It feels respectful and chivalrous and without a speck of contempt. I love that about the old world cultures and traditions. There is a sense of roses and chocolate and diamonds, given out of deep ever-lasting love that never seems to go out of style.

With technology being the primary in how we relate to potential relationships or love affairs, the whole mystery and beauty of being chivalrous has gone out the window in certain generations. It is not so much a “male thing” as it is a female attribute as well. Women are no longer relegated to the back seat. By that I mean their voices are taking center stage in many corporate, artistic and entrepreneurial circles.

The question to ponder is: How can we take the old traditional styles of men-taking-the-lead-on-everything, and balance it with women contributing their fair share to the whole package of togetherness?

It takes compromise, lots of conversations and healthy communication, respect and love coming from both ways. We are in a totally different world now. We are in a world that prides itself on every one taking care of their individual needs. Who cares if your car door isn’t open when you jump into the front seat for that date? Does it truly matter if when you enter a building, not one man in the vicinity aids you in that entry? Or do you need the satisfaction that a man is the one who holds all the power?

These are some pretty weighty questions to think about in this day and age. I, for one, will be completely saddened when it is normal for both male and female to be out on the town and both people in the relationship could care two hoots how they are treated by the other.

I discovered this up-to-date definition of modern chivalry: “It means ‘letting’ the lady do as much as she wants rather than assuming she’s incapable of opening doors or moving chairs.” This might as well be out of the modern day slang dictionary. I agree with what it says, to a degree, but a generation raised on the gentleman kindness of opening doors and moving chairs is one I enjoy relishing in for years to come.

There are some very old souls out there, inhabiting youthful-in-age bodies and many are continuing to uphold chivalrous actions. I recently had a conversation with a dear friend (who is many years younger than me) on the very notion of man versus woman in the stages of dating and relationship. I was elated when she mentioned how her man has been treating her like a lady. When she visited his hometown he introduced her to his mom and escorted her to fine museums in different places. More importantly, he didn’t rush into physical intimacy with her because he knew it might set a tone of non-chivalrous behavior in the future. This man, even in his younger years, has been raised right.

There is also a strangely competitive environment in the relationship world.  If both the man and the woman are engaged in high-level sports and adrenaline junkie-type activities, it might be difficult to determine who the alpha dog is. Who holds the strings on the date? There’s not much chair-pulling and door-opening if the female is casting a bit more of a masculine energy than her male counterpart. She might even be the one to open the door for him! The chivalrous environment is truly in a state of flux.

When I took a road trip this past summer, I couldn’t believe my eyes when three men opened a skinny old door to the entryway of my budget motel. It felt awesome and otherworldly, but it’s part of southern culture. Could it be that certain areas of the country are more chivalrous than others? Maybe so, but if our fathers, grandfathers and forefathers were brought up to regard the woman as a goddess and the perfect feminine allure of grandeur, then I think we can continue this tradition into our golden years.

Balancing the two genders and how they relate is such a conundrum today. Does it matter what the man does, is expected to do and how the women responds when the man does something kind for her? You might be hard-pressed to discover that an unexpected gesture towards either sex is considered offensive in many circles. Some women absolutely do not want a man to cater to her needs, as it could be a sign of weakness in a woman. Some men abhor the idea of a woman breaking out her credit card at dinner, as he feels being the breadwinner gives him the right to pay. It could go either way.

If a woman decides she wants to be in charge of the chivalrous department by helping her man with his daily needs, then more power to her. If a man feels that leading the way on gentlemanly duties (which could include way more than just opening doors and pulling out chairs) is of utmost importance, then why not allow him to take pleasure in doing what he feels is best? There are no rules governing what either gender can provide in the way of pleasantries that create an aura of good feelings towards the other.

Chivalry isn’t dead, it oftentimes takes a hiatus to the pressures of how to behave in today’s society. How we define it all depends on the back story of the person providing the very nature of kindness. I think I’ll always continue to love a man who shows compassion in his actions, because in the end, it’s all about respect, compassion and love. 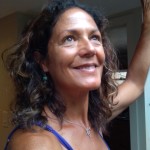 Gerry Ellen is an author, creative storyteller, and wellness advocate. She enjoys sharing her experiences of life, love, and all things meaningful and healthy through words and images. She is a regular contributor to MeetMindful, Be You Media Group, Tattooed Buddha, and Rebelle Society. As a former featured columnist on elephant journal and Light Workers World, she considers her love of nature and the outdoors, heart-centered connections, friends and family, and traveling to explore and expand as the epicenter of her world. She is extremely driven with her service work through 8 Paws Wellness with her dog, Scout. Gerry Ellen has authored and published two books, Ripple Effects (March 2012) and A Big Piece of Driftwood (April 2014), which are both available on Amazon.com