The One & Only Reason Relationships Come Together (& Break Up) What’s your frequency? Suzanna Kennedy is here to broadcast empowering information on how we attract (and keep) relationships through the power of energy.

Everything is energy. And everything that has form has its own unique energy signature, a sort of invisible fingerprint.

So when it comes to relationships, we are attracted to the kind of energy signature that feels familiar and comfortable to our own. At the same time, we are repelled when someone’s energy is unfamiliar, not in harmony or dissonant with our own.

Passing Down the Pain

Do you ever wonder why so many women who grew up in abusive homes fall in love with abusive men? Or why a person with an alcoholic parent attracts an alcoholic mate? You’d think if someone grew up watching the misery that stems from abuse or alcoholism, they’d run in the opposite direction. More often, patterns of severe relationship problems, such as addiction and abuse, repeat generation after generation.

You: The Radio Tower

Your body is like a radio tower, constantly broadcasting your unique energy signal into the world. People and situations that match your signal are attracted to your life, dramatizing your consciousness on the screen of your reality.

Your energy signal is a combination of your conscious thoughts and unconscious thoughts, feelings, beliefs, attitudes, memories and unexpressed emotions. But here’s the problem. Neuroscientists have found that we spend only about five percent of our waking hours operating from our conscious mind, which means being fully present in the moment and making conscious choices.

That explains why, if you grew up in a home steeped in emotional, mental or physical abuse, you will unconsciously broadcast the “abuse signal.” So even if you wouldn’t harm a fly, you unconsciously attract abusive people or situations.

Relationships form when two people with similar energy signatures are attracted. Relationships break up when the energy changes and is no longer in sync.

Jason and Amanda have been married for three years and the relationship has been going down a rocky road from day one. For the past year, Jason has been having an affair with a girl at the office. He’s been very discreet and continues to do everything Amanda asks him to do. He jumps through hoops as she changes her mind and tries to figure out what she wants and makes him responsible for providing it.

Amanda hasn’t found any evidence of the infidelity. Yet she senses that something is wrong with Jason and goes into a jealous fit whenever Jason even looks at another woman for more than a few seconds. Jason, on the other hand, doesn’t seem to have a jealous bone in his body, which further enrages Amanda because she thinks that means that he doesn’t care.

On the outside it doesn’t look like they have the same issue, but they both suffer from low self-esteem and insecurity. They match at an energetic level, magnetically pulling each other into their lives to play the same roles in the same drama that began in early childhood.

Throughout her dating career, Amanda had a pattern of attracting men who cheat on her. In her early childhood, her mother had the same experience and left her with the imprinted belief that men can‘t be trusted.

Jason’s father didn’t cheat on his mother, but he couldn’t hold a job for very long, fell into deep depression and suffered with one illness after another. This forced his mom to work and provide for the family. At home, his mother criticized Jason’s father, her boss and her male co-workers. In his early childhood, Jason was bombarded with messages and examples that men can‘t be trusted.

At age 33, Jason’s got a good job and is a good provider. And even though he bends over backwards to please her, Amanda continues to be hypercritical; just like his mother. So he seeks out the affections of another woman who makes him feel good about himself. See how this couple’s patterns support each other?

Here’s the thing to remember… all of this is subconscious. Jason and Amanda don’t want relationship problems. Yet they can’t understand how or why they find themselves in the same situation that brought them so much pain as children. It’s because the frequency of their patterns brought them together and their subconscious relationship programs play out the old familiar drama.

The Real Cause of Breakups

We can make up all kinds of reasons why we break up. We can blame our partner, blame ourselves or blame our parents for the poor example they set. But the truth is that relationships break up when the partners’ energies no longer resonate.

The best way to ensure that you will attract a great partner and enjoy a long and happy relationship is to broadcast your pure, true heart and soul signal. If you are currently between relationships, this is a great time to purify the subconscious relationship programs that you inherited and absorbed in childhood. Purge the layer of unexpressed emotions from your energy field.

When you broadcast your true soul signal, your soulmate and soul family will be able to find you. Once you find each other, consciously commit to raising your vibes and growing together. I’ve got my radio tuned and ready to hear your love song. 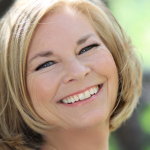 Suzanna Kennedy is the author of the book Sacred Union: Pathway to Paradise and the creator of the LoveUp Relationship Detox and Upgrade Program. When she’s not busy helping people accelerate their soul evolution, she hangs out at Hanalei Bay with her Sacred Union partner, Casey. Or you may find them harvesting tropical fruit on their small organic farm, overlooking the ocean on Kauai, the Garden Island of Hawaii.