The Truth About Rejection The pangs of rejection can leave us feeling injured and vulnerable, but what if this is self-inflicted? Bryan Clark looks at “The Illusion of Rejection.”

It was one of those magical first dates that felt like two long-lost soulmates reuniting, without even an expectation for it. We had an instant connection, and enthusiastically talked all afternoon about the fun things we yearned to do over the summer: the hikes, the concerts, the places we wanted to explore.

A few hours passed, and he had to run home to take care of his dog. We planned to hang out again an hour later, grab some dinner and pick up where we left off. Love was in the air.

And that was the last I heard from him.

After two hours had passed without even a text or phone call, I become a little concerned and confused. I sent a pleasant text message, jumped onto the smart phone app where we first met and saw that his profile had been active recently, but he wasn’t responding. Then, I called. No answer. I left a voicemail, asking if he was still planning to come over. Hours passed and my imagination took hold. I couldn’t believe that after such an amazing time together he would flake on me. He had just moved here and we agreed that we could at least become close friends. So this didn’t add up.

The next day… still nothing.

Out of disappointment, frustration and what was becoming resentment, I sent a couple heated texts and messaged him on the dating app where we met. I just wanted a response—one way or the other. And yet, I never got one. A few days later, I blocked his profile and tried to forget the amazing time we shared.

I felt so rejected.

A month later, on a whim, I decided to text him again. To my surprise, he responded. I asked for an explanation, and he said that his roommate had accidentally grabbed his cell phone and headed to the mountains for a weekend getaway. Since he was completely new here, he had no idea how to find my place and had no way of communicating with me until he got his phone back. And by that time, I had already blocked him, so he just gave up. He expressed that he had a great time and was disappointed about the whole situation too.

Regardless of whether his explanation was the truth, what I want to point out from this story is what I call, “The Illusion of Rejection.”

Though we are quick to blame others, our experience of rejection is entirely an “inside job.”

We take pure reality (what actually happened), add some bittersweet memories of the past, stir in an ounce of self-doubt, cook up some assumptions of betrayal, and voila!—we have the perfect recipe for “rejection.” In other words, before the other person even has a chance to reject us, we’ve already self-rejected.

In my story, my imagination ran wild, based on the actions of apparent “flakes” from my past. Those situations were completely unrelated to this one, yet my mind used them as “proof”. All of those unquestioned assumptions are lies I convinced myself to be true in the moment. They happened lightning-fast, and before I knew it, I was swept up in the drama and blamed him for hurting me.

The feelings of rejection that were causing my suffering in that moment had nothing to do with him or anyone else. It was my own imagination attaching to un-investigated assumptions.

The only way out of “The Illusion of Rejection” is through. See if you can catch yourself making assumptions about even the most mundane things in your relationships. Write down your assumptions and sit with them in meditative self-inquiry. I find The Work of Byron Katie to be the most simple and powerful method for identifying and questioning my assumptions, to discover what’s really true for me.

Our own truth really does set us free—free from the bondage of the lies we tell ourselves in the moment, which are always based on fear, and which are the direct (and only) cause of our suffering.

I invite you to take a moment to get in touch with some of the assumptions you have made in your relationships, or even on first dates. Share them in the comments below.

When we become aware of the assumptive stories we tell ourselves, they begin to sound ridiculous, even funny. This is a humbling experience and wakes us from the nightmare of The Illusion of Rejection. Notice what you consider to be “evidence” of rejection, and consider whether or not it would hold up in a court of law. Recognizing our assumptions prevents us from the pain and guilt of blaming others for our own acts of self-rejection, as we continue on the journey of dating and relationships. 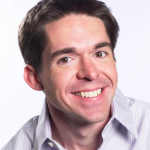 Bryan Clark is passionate about teaching individuals and couples how to transform conflict and confusion into clarity. As a Mindset Coach and Facilitator of The Work of Byron Katie, Bryan has helped people all over the world, through private coaching sessions and his life-transforming teleclasses. Learn more about his upcoming courses and workshops at Friendly-Universe and take his free online course at Learn the Work.