Date night movies can be an amazing opportunity to unwind and get close; take a night away from the hustle of everyday life and settle in with some popcorn and your favorite company.

What movie to watch on your date night can be a tough decision. You don’t want to go for a “chick flick” and you don’t want to commit to an ultra-violent action film that will leave you feeling much-less than romantic.

That being said, date night movies don’t always have to be romantic. In my opinion, the ideal date night movie either 1) made you laugh, 2) made you feel good/optimistic, or 3) helped you get to know the other person better.

So when planning your next movie night, here is a list of 10 not-so mushy, not-so gruesome ideas:

There’s just something about an 80s movie and this is one of the best. One of John Cusak’s most iconic roles, a meandering-through-life teenager has a summertime fling with the class valedictorian before her departure for college. It has everything you want in a love story without being too cheesy, with just the right amount of 80s weirdness and quirkiness.

This Tim Burton movie isn’t just about an undying love, but also about the complicated relationship between a father and son. The beautiful cinematography and incredible acting take center stage in this film. It might not be your typical date night movie, but it has an embedded moral that will make you feel wonderful after watching.

Now this might not seem like romantic date-night movie at all, and it’s true, a documentary isn’t the most romantic film to snuggle up to; however, not every date needs to have that ultra-romantic vibe. Part of dating and getting to know one another is learning about each other’s world views and opinions. Pick a documentary that’s interesting to both of you, then discuss it afterward over a bottle of good wine.

4. The Bridges of Madison County

This one is for advanced daters. I wouldn’t suggest it for new couples because it’s an absolute tearjerker. For this film, you’ll want to feel comfortable reaching for the tissue box and leaning in for a comforting cuddle. Set in the the 60s, the storyline centers on a photographer who crosses paths with a housewife, changing both their lives forever. A true romantic story about impossible love.

A classic. Guys love it. Girls love it. Get intimately acquainted with “The Dude.”

Watch as Peter tries to overcome his recent heartache with an self-indulgent trip to Hawaii; unbeknownst to Peter, the source of his heartache—his ex-girlfriend, Sarah—is also vacationing in Hawaii, with her brand new beau. This movie ranks as a great choice because it’s funny, it’s a love story without being too cheesy and both men and women will enjoy. You have the perfect balance of light-hearted comedy, love and life lessons.

This Wes Anderson film follows Max, an eccentric student at Rushmore Prep, during a period of probation from school. An amazing film about unrequited love—plus, Bill Murray is in it, so that should be enough reason in itself.

Speaking of Bill Murray… this is an unusual story that will definitely make you fall a little in love with Mr. Murray. Watch as weatherman Phil tries to win-over the object of his affection, one failed attempt at a time.

A quirky and unique film, with a different kind of love story woven in. An IRS man (Will Farrell) finds his life being suddenly narrated, only the voice is one that only he can here. His life takes dramatic shifts as the narration begins to reshape the life he once considered his own. The unique storyline will definitely be a conversation-starter post-viewing.

10. There’s Something About Mary

An oldie but a goodie—this is another classic comedy with an expected love story woven in. Watch as Ted (Ben Stiller) gets a second chance to make a good impression with his childhood crush, Mary. Cameron Diaz simply shines in this one. Prepare yourself for fits of laughter. 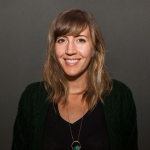 Meghan Stone earned her Master’s degree in Clinical Social Work and Master’s of Education in Human Sexuality from Widener University. She has worked as a therapist, social worker, teen counselor, and sexuality educator. She currently resides in Buenos Aires, Argentina where she writes, teaches, and volunteers with the local community. Her passions are social work, travel, photography, art, yoga, and learning about other cultures.