5 Warning Signs Your Soulmate is Becoming a Roommate While it may sound absurd, but your soulmate can easily change to roommate status during the course of your relationship. Here are the warning signs.

In perusing Facebook this morning, I noticed that a good friend of mine and his wife just celebrated their 33rd anniversary. I know them well and their relationship is solid, which makes them a rarity.

Unfortunately, it has been my personal and observed experience that most marriages that “last” are really just a comfortably shared misery of settling that so often occurs when things don’t work out and neither party has the nerve to end or even acknowledge it. When I ended my own marriage of 26 years it was because I could no longer accept that we had gone from soulmates to roommates. A state of marital blisslessness that we shared for the last 11 years of that union.

Public Displays of Affection Are the First Thing to Go

Unfortunately, it’s not too often we see long-term couples holding hands or kissing these days. There was a time when my ex-wife and I kissed and held hands and I remember distinctly when we stopped. That was when I knew our relationship was in trouble.

And these problems only get worse when the kids leave the nest and the two of you are looking at each other with the unspoken thought of “Now what?” Ideally, you don’t wait until that point to address the lack of intimacy and connection—because if you do, chances are it’s already too late.

As a result of that experience and my observation of many other similar couples it became clear there are distinct warning signs we could have noticed only if we had been paying attention. I share these with you now—especially if you are just starting out—so you can hopefully avoid this same fate.

It is often said that opposites attract. That may be true, but eventually those differences may become a growing wedge between you. Before we said our “I do’s,” my ex-wife and I discussed what we each wanted out of life. She said she wanted (metaphorically speaking) a house with a picket fence, a dog and cat and at least a couple of kids. She just wanted everything to be “normal,” kind of like a Leave It to Beaver or technicolor Pleasantville experience. To which I responded that “normal” was the last thing in the world I ever wanted—I was here to make a difference and not just go through life being comfortable and content.

She found my drive and ambition exciting, I found her groundedness reassuring. Eventually however, these differences were a big (but not the only) factor that caused us to drift apart.

This was a big one for me. I’ve always had a strong and adventurous libido, my ex-wife, not so much, yet we both settled thinking (and hoping) things would work themselves out. I still remember the day that I told myself she and I would never be intimate again. That was the day the final nail in the coffin of our intimacy was hammered in—11 full years before I formally ended the relationship.

If you don’t address each of your authentic (i.e. no bullshit or holding back) sexual expectations early on, don’t be surprised when things stop working in the bedroom. It’s not a matter of if, but when. Another important thing to keep in mind here is that expression of sexuality and physical intimacy will change over time, especially for women. So even if you two are totally in synch now as a young couple, things will change—guaranteed. In the case of heterosexual couples, it is incumbent upon the woman to let her man know how things have changed and the man’s job to listen and abide. Anything else is a recipe for frustration (at best).

Every relationship causes wounding, it’s just part of being human. How you both react to that can make the difference between ongoing marital fulfillment and growing and seething resentment.

Here’s the thing, any time there is a hurt, regardless of cause or fault, it is vital you discuss it authentically and vulnerably. The common response is to just “stuff-it” and chock it up to someone’s bad day at work or time of month. It’s not the wounding that causes the lasting damage, it is the unwillingness to address it fully that makes it grow and fester. Little wounds, if left unchecked, turn into gaping sores that eventually will kill or sterilize the relationship.

Focusing On the Kids or Work to Avoid Issues

I remember telling my ex-wife early in our marriage that once we have kids we should never forget who brought them into being. That we need to always remember our relationship must never take a back seat to anything else, not even the kids. Yet that is exactly what happened. As our little wounds and incompatibilities started to multiply, we each found refuge in our dedications. For her, it was the kids, for me it was my work. Ironically, both are socially sanctioned as virtuous qualities but we used them to avoid the very difficult and painful issues that had arisen.

Another facet of this is we each stopped caring how we even looked for the other as we focused our respective energies on those things that would help us forget the emptiness our marriage had become. This is a very common and insidious relationship killer because both parties can rationalize they are doing something important for the family. When in fact, it is tearing the family and partnership apart.

There is a huge difference between acceptance and settling. Acceptance means you acknowledge the differences and quirks of your partner and never let them become the source of resentment. A good way to do this is see your partner’s uniqueness as an adventure to be explored and savored. Settling means, at some level, you resent (i.e. resist) some of these differences but choose to live with them because it would be too uncomfortable or scary to do otherwise. The trouble with settling is it tends to grow like a cancer until you’ve found that your entire relationship is just one big resentment-filled settlement (i.e. you are now officially just roommates).

If you are reading this and just starting out on your life together, I get it. Everything seems perfect, you are both totally in love and nothing, I mean nothing, could ever change that. Without trying to be too harsh about this, I say… bullshit.

While a barren and soulless existence together as you grow older does not have to be fait accompli, to avoid it does require you both be proactive towards the success of your togetherness. Long-term successful relationships take hard work, constant vigilance, and a willingness to work things out with authentic and vulnerable communication. It also takes being super-aware of the potential pitfalls I’ve identified above. While even that won’t assure success, it will guarantee the highest possibility for its attainment. 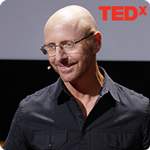