5 Ways Ghosting the Man I Love Helped Me Find Myself 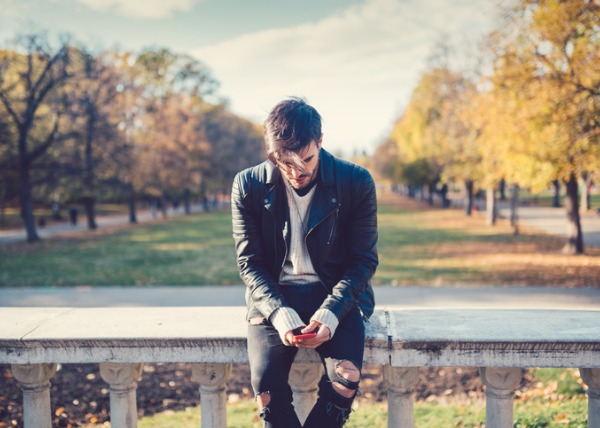 Ghosting has a reputation for being a no-no under any circumstance, but C.P. Manner proposes it was a blessing in her life—essential in finding herself.

I loved Sam for years. He was my “someday when it’s time to settle down” person.

Our bond began in our teens and grew with us. When we were together, life around us was vibrant with possibility, the world deep and alive with meaning. It was hard to remember a time before Sam, as if part of me had been missing until he arrived.

I’d lay awake at night thinking of his hooded eyes, his gentle touch, and the way his voice arched when he said my name. I’d cared for others, but our connection was cosmic. The major leagues.

Unfortunately, the intensity that drew us together also overwhelmed. Whenever that feeling arose, I found myself running from the one person who felt more vital and real to me than anyone else in the world.

But it felt impossible to stay away.

An endless cycle of cat and mouse games ensued over the years. Anytime we got too close, I’d panic and run, or he’d push me away. Yet no matter how much I fought it, Sam was home base. My certainty about who we were to each other never waned—even as others came and went—because his soul was too familiar, our connection too deep. I was positive he was “the one.”

The final fallout came in college when Sam finally pushed me too far. Though it seemed impossible, I made the decision to disappear from Sam’s life. It wasn’t called “ghosting” back then—I just wanted the hurt to stop.

Of course, Sam didn’t let me go quietly. The fallout was ugly and got worse before it got better.

However, the storm eventually passed, and the quiet of his absences crystalized like ice in my veins. The shades had been drawn on the world I once knew, and I couldn’t make sense of anything that had happened. Gravity had let out. Life became unbalanced and cold.

Reluctantly, I slowly calibrated to the idea of a future without Sam in it. I was out of his orbit and struggling to settle back into my own. Everything was new and riddled with uncertainty, yet the farther I got from Sam, the easier it got.

Then, to my surprise, on no particular day, it happened. Sam returned to my mind and the pain that usually accompanied his memory had been replaced by warmth. As the years had passed, my heart had healed without my noticing. Soon, beautiful lessons from our time together emerged like fresh buds from the ash—lessons about life and love that only Sam could have taught me.

You teach people how to treat you.

Sam and I had taken each other for granted. Because we both believed we’d come together in the end, we used it as a license to break promises and disrespect each other—as if all our wrongdoings would be automatically absolved.

But that’s not the way love works.

Our ill-treatment of each other caused wounds that took years to heal. I’ve since become highly conscious about the way I treated others. I may not be perfect, but I vowed that never again would I purposefully make someone else feel less than. Instead, I try to speak the truth in love and remain true to my word. Unfortunately, it took hurting Sam for that lesson to fully drill in.

You are more than someone else’s opinion.

Because Sam had been such a monumental figure in my life, I allowed his judgment to rule me.

If he disapproved of something I did or said, it cut me to the quick. I was constantly trying to live up to his expectations, even when they weren’t realistic. I never measured up to the person he imagined me to be.

Once I was free to operate outside his expectations, I began focusing on what was right for me—not what might impress Sam. I got to know myself on a whole new level and found out that who I was wasn’t so bad after all. In fact, the parts of me that irked him most were some of my greatest strengths. I never would’ve known had I continued stifling them to please someone else.

Sam had quit trusting me early on and with good reason: I was a flight risk.

Though I didn’t understand at the time what had sent such waves of panic through me, our time apart created clarity. It had been my gut reacting to what my heart refused to see: Sam and I were wrong for each other. Fundamentally different. But because I loved and wanted Sam more than anything, I was blind to the warning signs.

Since then, I’ve become attuned to what my body is telling me. If something isn’t right, often I’ll “feel” it long before it comes to light. This also helped me avoid other unhealthy relationships by recognizing red flags early.

It’s easy to get caught up in regret. Sometimes the pain of it lingered quietly, like white static in the background. Other times, regret swept over me in devastating waves. I never knew what it would be from day to day. I beat myself over what I didn’t say when I had the chance and how I wish I could’ve acted differently.

But regret is an effective teacher.

It illuminates behaviors that could stand improvement and reminds us to cherish what we have. The pain of losing Sam was substantial, but it also showed me I was capable of incredible love. Over time, I learned to accept what did and didn’t happen between us. I began to embrace the time we had together for what it was—the good and the bad. Being with him taught me how to love better for when the right one came around.

Everything happened exactly as it should have.

It took a lot of inner work to figure out who I truly was—this would’ve been impossible had Sam remained in my life. We’d been too interwoven and falling back into our old trappings would’ve been like an old reflex.

Cutting him out completely out completely seemed drastic, but necessary. It was the shock needed for real change to happen. Loving Sam had changed me, and ghosting him changed me more. Evolving felt a little like rocketing through the air without a destination, yet the place I ended up is one I never would’ve expected. Had I continued to hold Sam back, he never would’ve found his true place in the world either.

We were chapters in each other’s stories, not the endings. Turns out I needed every lesson we taught each other, or I wouldn’t be the person I am today. C.P. Manner is a writer, copywriter and columnist in northern Minnesota. Her articles have been in featured by newspapers and news outlets throughout the U.S., including the Associated Press (AP). Specializing in relationship advice, her freelance work has also appeared on the One Love Foundation (joinonelove.org) and other online publications. Follow her on Twitter or Instagram at @CP_Manner.