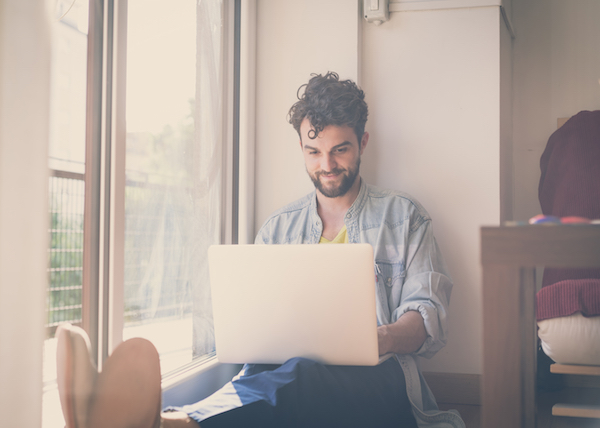 We’re inundated with lists of all the things we should never, ever, ever do while online dating. Let’s focus on some online dating to-dos for a change.

I was excited to see some great conversation happening in the comments of my piece “Top 3 Mistakes Men Make in Online Dating.” Both men and women shared their experiences with online dating and debated over the mistakes and fixes I offered in the piece. Throughout it all, what became most apparent during the discussion is that men didn’t want a “don’t” list. In fact, they’re sick of “don’t” lists.

What they really want is some advice on what to DO instead.

I hesitated to even write this piece because what people like is far-more subjective than what people don’t like. To oversimplify what I mean, let’s take coffee for example. Most people can agree they don’t like scalding hot coffee, but it’s tough to get people to agree on how they do like their coffee. Black? Just cream? Just sugar? A combination of the two? How do you reconcile a trillion different preferences in order to offer advice on what to do to be successful with online dating?

The reality is, I can’t. All I can do is set some parameters and offer my advice based on my own experiences and hope it helps at least a few people out there.

To that end, this is my list “to do’s” for people (yes, people, not just men) who are trying to find a long-term partner using an online dating site:

1. Only use current photos in your profile.

One of the most common complaints I hear from men is that women frequently misrepresent themselves in their photos by using old photos (sometimes decades old) or by cropping them in too tightly so you don’t realize they are of a certain body type. Obviously, men do this as well; I’ve just heard this complaint more frequently from men than from women.

I used to think this was shallow advice, but it all comes down to honesty. One of the men I met through an online dating site thanked me for looking exactly like my photos because one woman he went on a date with ended up gaining a significant amount of weight since the photos she posted were taken. He told me it wasn’t that he minded she was overweight; he was upset by the fact that she lied to him.

Some people feel posting inaccurate photos of themselves is the only way to get dates because people judge so heavily by appearance. Okay, sure, you might get more dates. But are those dates resulting in the relationship you were looking for? If your date is feeling lied to, probably not.

2. Be generous in your profile.

I’m just going to say it—filling out your online dating profile is a pain in the ass. Despite this unfortunate reality, you really should set aside a good chunk of time dedicated to filling out your online profile if you really want to find a compatible mate. Think of it this way: as you’re perusing profiles looking for someone who might make a good match, do you contact the people with hardly anything in their profiles?

Filling out those profiles is tough. How do you accurately describe yourself without coming off as arrogant or boring? There’s no formula for this; all I can say is do not try to be someone you think others want you to be. It’s just like posting an inaccurate photo of yourself; sooner or later people are going to realize that’s not the real you, throwing your chances of a long-term relationship out the window.

Just as you don’t want to have too sparse of a profile, you also don’t want your profile to be a novel. Respect people’s time by not writing any more than you’d be willing to read yourself. Moderation is the key here; provide enough information to give people a clear snapshot of who you are, but don’t bore them to death War-and-Peace-style.

5. Place critical information at the TOP of your profile.

If you’re looking for something very specific—such as deal-breakers you absolutely want people to know about—place that information at the very top of your profile. Even if they don’t read your whole profile, they’ll at least know you don’t want children or are allergic to cats (my boyfriend and I, for example, never would have dated if I’d owned a cat instead of a dog because he’s severely allergic).

6. Read the profiles of your potential mates carefully.

Just as you took a lot of time and energy to write a good profile for yourself, so did a lot of other people. And just like you, those people are trying to communicate to you and the rest of their potential mates what they bring to the relationship table. Don’t you both deserve to have your profiles read carefully and thoroughly? After all, if online dating profiles are a part of the whole online dating process, why skip that step? For those who put some real thought into their profiles, there’s some extremely valuable information there.

Do “traditional” dating rules apply in online dating (i.e. a certain gender making the first move)? Truthfully, I don’t think traditional dating rules should apply in off-line dating. If you are interested in someone, make a move.

We all know competition is fierce in the online dating world, so why waste time writing non-memorable introductory messages? A commenter on my “Three Mistakes …” piece said someone kept messaging them the word “hi.” Just “hi.” I don’t think that really wowed them.

This is one of the most difficult areas on which to give advice because this is the “coffee” of the online dating world (if you skipped the intro to this piece and went straight to the tips, this reference probably made no sense). This was my introductory message strategy:

I read your profile and really like that [insert a hobby, activity, job – something you liked about that person that made you think they might make a good match for you]. I’d really like a chance to get to know you. If you get a chance, please take a minute to read my profile to see if you’d like to get to know me as well.

Hope to hear from you soon!

So what are the elements of this message that appealed to me? I liked messages that were personal, but not creepy personal—like the messages in which men would describe in gross detail how we’d live our lives together based on what they read in my profile.

There’s something to be said about keeping your introductory message brief and casual. The personal touch shows you’re genuinely interested, but the brevity and non-committal tone shows you know you’re special, too, so you’re willing to walk away. Personally, I didn’t like to feel pressured; I wanted the chance to really get to know people before deciding if I wanted to date them, so men who offered the same kind of casual confidence really got my attention.

People have different commitments in their lives, and online dating isn’t always at the very top. Sometimes you’ll receive responses right away. Most of the time? Well, most of the time you probably won’t even get a response. Don’t let that faze you. That is not a personal reflection on you.

Remember what you’re up against. Women frequently receive messages that are sexually crude or downright mean and nasty. Most of these women are seeking long-term relationships, so this type of behavior often causes them to isolate their interactions to only the men they are interested in. It’s not always fair to you, but that’s the reality you’re facing.

Many people turn to online dating because they simply don’t have the time to date in the traditional sense (i.e. going on date after date after date to find “The One”). That means they also don’t have time to answer every single message they receive in their inbox. Other people like to use online dating as a buffer that allows them to pick and choose who they interact with, and that’s not always going to be you. But that’s okay.

Bottom line: It’s natural to become discouraged every once in awhile, but don’t let it get you down for too long. Offline or online, dating is flat out hard; but remember, you’re still a worthy mate for someone out there. You just need to have the patience to find that person, wherever they are.

10. Be graceful with rejection.

As I said in Tip #9, dating can be, at times, discouraging. I hear men say all the time that online dating is not fair because the male/female ratio is so skewed. Men tell me all the time they hardly ever receive responses to their messages, while women’s inboxes are completely inundated with messages. I don’t have enough data to back that statement up; and, honestly, I don’t feel that I need any data to back that statement up. Obviously men’s experiences with online dating have made them feel this way, regardless of data. So how do you deal with this problem?

Accept the harsh reality of online dating and make it your mission to be graceful with rejection. You can’t change the landscape, so why let it drive you to bitterness? You’re better than that. As I said before, you’re going to get discouraged. That’s only natural. But don’t allow yourself to remain in that state, and don’t allow that discouragement to affect the way you interact with people on the site you’re using. We’re all guilty of it; I’m guilty of it. Let’s all vow to be better.

These 10 pieces of advice are just the tip of the iceberg. There’s so much more about online dating to discuss, such as the differences in the ways men and women experience online dating. You’ve heard from me; now it’s your turn. Let’s keep the conversation going.

Mika Doyle is a creative writer and communications professional based in Rockford, Ill. She isn’t shy about labeling herself a feminist and is a vocal advocate for gender equality. She’s also easily distracted by puppies and drinks way too much coffee. Follow her on twitter at @mikadoyle and read more of her writing at mikadoyle.com.