How Do I Know If They’re Over Their Past Relationship? Every breakup takes time to get over, even the one’s we know weren’t good for us. Wondering if they’ve moved on from a past relationship? We’ve got you.

Dating someone who is recently out of a relationship can feel a little vulnerable. Before you open your heart, you want to be sure they are ready to do the same. You may be hearing the words, “I’m over my ex,” but something tells you your new partner may have lingering feelings for a relationship that once was.

Here are some ways to tell if someone has moved on from their ex:

There’s Respect for the Ex

Does he talk about his ex with respect, or is there anger or disrespect? Can he acknowledge anything good about the person or the relationship? Frequent name calling, put downs, or game playing that indicate continued conflict or unresolved feelings are a red flag. While it’s appropriate to feel hurt and anger after a relationship ends, constantly disrespecting a former partner is a sure sign of someone who is struggling with letting go.

Relationship Lessons Have Been Learned

It’s OK to feel hurt after any relationship ends, but someone who has truly healed and released a relationship can acknowledge that “it takes two”…two to create a relationship, and two to end a relationship. If she is only capable of seeing herself as a victim and seems unable to take any responsibility for her part, she may need to do some more work on either letting go of the former relationship, or on herself to learn more about relationships in general. There are always gifts to be found when lovers part ways, and the healthiest partners will be able to acknowledge these gifts, along with their pain.

You’re Not Hidden from the Social Circle

If you’ve met his friends, or he’s not afraid to post pictures of you with him on social media, it’s a good sign he’s moved on. Someone who is still holding out hope for a former partner will find ways to keep you hidden from those who know him, and the ex.

The Ex is Not a Focus of Your Relationship

Is her ex a frequent topic of conversation? It’s good to share relationship history as you get to know each other, and to have occasional discussions about past relationships. What’s important to notice is the frequency and the emotional quality of what is expressed. Does it seem like every conversation somehow gets directed back to her last relationship? Does she express a lot of emotion when mentioning that person—perhaps with tears, bitterness, or anger? Maybe you’ve even been accidentally called the ex’s name…a definite red flag. Once or twice this can happen, but if it occurs frequently, especially during sex or an emotionally heated moment, take notice. If her previous partner seems to be an invisible presence in your time together, it is likely an indication that she is still emotionally connected to them.

Every breakup requires time to heal. Someone who has truly released a former partner will have given himself time between relationships to process and heal. If you’re dating someone who is within weeks of a breakup, or someone who’s married but just “separated,” use caution. If he’s been in a long-term relationship for over a year, anything under a minimum of 4-6 weeks is probably not a safe time to date. It takes time to grieve, and it’s not uncommon for people to rush into a new relationship to avoid the pain of a breakup.

People who have truly let go of a relationship demonstrate a level of self-awareness which allows them to express feelings about past relationships, but without getting lost in the feelings. They also don’t deny they had an emotional reaction to an ex or a breakup. An example is someone who can calmly say “I felt heartbroken when she left me, but I learned something from it.” Someone who is not detached yet may cry about the heartbreak, blame the other person, or have other emotional displays when discussing the relationship. Or, they may deny they had any feelings at all. To gauge a person’s level of awareness and detachment, talk about it. Notice the emotion, or lack thereof, that’s connected to the discussion.

Overall, if you notice any kind of pattern that makes you question your partner’s loyalty to you, pay attention. Actions usually do speak much louder than our words. That being said, any one of these signs are meaningless if you don’t put things into context. Talk to each other before you make assumptions. Mindful relationships require mindful connection. Ask questions. Listen to the answers. And most of all, trust yourself. The truth is always there. 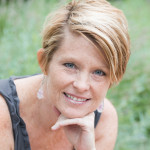 Chelli Pumphrey, MA, LPC is a love & dating coach and a Licensed Professional Counselor from Denver, CO. More importantly, she’s a human being who strives to live an authentic life, by being real, raw, and unafraid to express her truth. She is devoted to helping others live and love passionately by gaining the confidence to be authentic in their own lives. She works with clients through her relationship coaching practice and as a therapist and founder of Trilogy Holistic Mental Health, where she offers retreats, dating and relationship coaching and therapy. If you’re looking to boost your dating confidence, self-esteem, and become a dating warrior, you can visit Chelli at AuthenticDate.com, Trilogy Holistic Mental Health, follow on Instagram, Twitter, or like her on Facebook.