Expert Tips for Men on Women Who Play “Hard to Get” 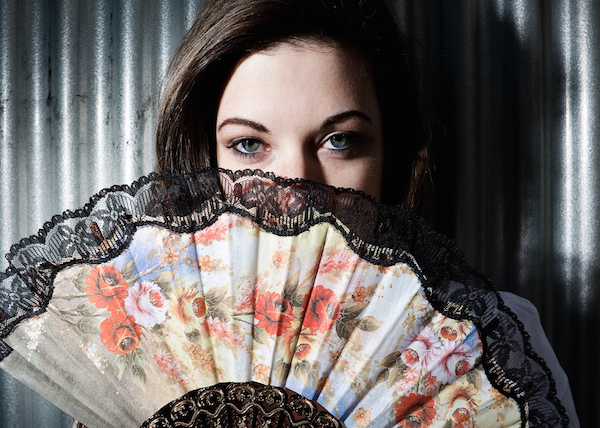 Are you into her, but just not getting the feedback you’d expect? Dating Expert Brooke Lewis schools us on how to handle “hard to get.”

As a single woman and Dating Expert, you will often hear me quote, “Don’t hate the player, hate the game.” And, as much as men and women hate to admit it, there is always a game in the game of love.

I know, because I have played many and have prided myself on being “hard to get.” I also know because some of my games have worked and others have shamefully backfired.

So, Guys, take a few expert advice tips from a Lady who has been there:

1. Make sure she’s genuinely playing hard to get and not super busy.

I know, we all hate the busy word. And, yes, we can choose to perceive it as an excuse; but I can tell you firsthand, I have been accused of playing hard to get or intentionally not being available when, in fact, I have been working 15-hour days. If I am speaking at an event or filming on set for 12 hours straight, I am not playing hard to get, but may not even have my phone to call or text you back, and I certainly don’t have time to see you for dinner that night.

Guys, like you, women are busier than ever. More and more women are uber focused on their careers. They are traveling for work and some are working more than one job to stay afloat. Divorce rates are higher than ever, so it is likely you are also meeting single moms who are responsible for their children first. If any of you are single dads, then you know that priorities shift when you have children. Some of these women will be both career women and single moms, at which they will truly be challenged with time to date you.

Now, Guys, I want to be clear, this does not mean that we don’t want to spend time with you, but that we really don’t have it to give you right now. Give it time, pay attention and feel it out. You will know quickly which woman is playing and which is truly busy, but is also into you. The latter will make an effort to see you as soon as she can.

Guys, this is one of my personal pet peeves. I am a rules girl and I choose not to accept a date the night of and, quite frankly, often not past Thursday morning for a weekend date. Now, there are always exceptions and last minute fun events or basketball tickets that come up, but we are focusing here on the beginning stages of dating, so humor me. My girlfriends and I have talked this topic to death and we have all said “no” to last minute dates and, of course, been accused of playing hard to get for it. Believe me, it is not always easy and I have had to have serious self-control to pass up a date with that sexy man who I had the hots for on the other end of the phone.

Remember, we teach people how to treat us. Guys, women want to be courted and made to feel special. They don’t want to feel like a last minute plan or an afterthought. This may present itself as a game, but with a little extra planning to ask a date out in advance, I’ll bet you’ll hear a lot more “yes’s” and feel like women are a lot less hard to get.

3. If a woman is really playing hard to get, it’s okay to play back a little.

We all know there is often a power struggle in the game of love. It really is like a basketball game; the ball bounces from your court to her court at different times, especially at the beginning when you are learning about one another.

I am definitely guilty of having a guy pursue and chase me and make it oh-so-easy early on that I have felt like I didn’t have to work as hard to build something. As a result, I have—unconsciously or unintentionally—taken him/it for granted. Then all of a sudden…BAM! That curveball comes. He skips calling me for a day or two or doesn’t ask me out for Saturday night and I go cray-cray. It happened to me recently and I can laugh about it now, but at the time I was freaked out, because he had been very consistent for the first month, then the curveball. He knew what he was doing and I have to give him props for playing the game. The ball bounced back to his court and I ran to get it.

Now, Guys, let me be clear, I am not saying to do anything spiteful or hurtful or run and hook up with other women if you are dating someone and are into her. I am just saying that you are allowed to play hard to get once in a while too and she just may run right to you, rather than away from you, next time you see her.

Since I am an online dating veteran, I had to save two tips for that:

4. If you met her online, stop emailing and texting and pick up the phone.

This is another huge issue and conversation amongst my female friends and clients. When you meet a woman online, remember, you have never spoken nor seen each other in person yet!

I am old school. I need to hear a guy’s voice, get a vibe and have some sense of his personality before choosing to meet. I have been labeled as “playing hard to get” or “difficult” with many online dating prospects, because I have made a clear choice not to meet a guy without a cool phone convo first.

In this crazy and fast-paced age of technology, we have lost sight of quality, real intimacy and conversation. Fortunately and unfortunately, we have options of people to date online beyond anything we could have imagined.

I cannot tell you how many men I have clicked with via email online dating, to have them ask for my number. I’ve asked them to call me and, instead, have received a text with the expectation of having a full, personal, get-to-know-each-other convo via text messages. I have declined and requested a phone call every time. Some men have respected my request and others have labeled me “tough” or “hard to get.” Sadly, I bet I have missed out on a few good guys who just don’t give good phone, but I’m willing to take my chances and hold out for the guys who want to make the effort to know me.

Speaking of games, I actually have a guy who has been texting me for four months and we have never met. He never calls and I rarely respond. I’m beginning to think it has become a game to him to see how hard to get I really am. Funny, huh? I will retire my online dating jersey before I will go out with him.

5. If you met online, hit it off and she is still online dating all the time, she may be impossible to get.

I have had a lot of friends (male and female) and clients talk to me about how they met someone online, hit it off, even slept together, yet they still see the person on the dating site and feel they may be playing hard to get. In some cases, this is true, others… it is not and you need to learn the difference.

[NOTE: if you’re interacting with an “impossible to get” individual, it might be time to register with MeetMindful for free—the fastest-growing dating site for conscious singles.] Online dating has become like Ebay. The store is open and you can order any time and as many items as you’d like. You may have spent a romantic weekend in Napa with a woman, then caught her online again on Monday morning. This is the nature of the online dating beast. She may genuinely want to date around and keep her options open at this time. She may be newly divorced or fresh out of a relationship and not looking to date just one guy. This does not mean she is not into you, it simply means the timing is off. You may perceive her as playing hard to get, while she actually is impossible to get at this time.

I will end with a personal opposite story for you guys to relate to. I hit it off with a guy online and really liked him. We dated for a month and were hot and heavy quickly. Everything was awesome…except we were both still playing on that dating site daily. He let me know he saw me on there a few times and I made a few snarky remarks about him always being on there. This became an issue for us both and instead of being the bigger person and communicating with him, I played games and hard to get, intentionally logging onto the site and leaving it open just so he would see me on there. My goal became lighting a fire under his ass.

Well, as most of you have guessed, my games backfired and he told me he did not want to date a woman who was always online seeking other men. So by playing hard to get, I lost a guy I was really into. I share that information in my last tip, so that maybe you won’t make the same mistake, you’ll communicate better and know when to walk away or try to make it work.

Guys, I never said the dating game was easy or that you will always win, but that hard to get gal might just be worth going after.

[images: via Gavin Schaefer and Guian Bolisay on flickr] Brooke Lewis is a life coach and dating expert. Find out more about Brooke and the work she’s doing at her site, Be You and Be Fearless. You can also connect with Brooke on Facebook and on Twitter.